This blog details my interview with civil trial lawyer Anne Bremner. The focus of our discussion was what it was like for Anne making the switch from prosecutor to civil trial lawyer. Ann worked in the King County Prosecutor’s Office, Seattle, from 1983 to 1988, where she tried over 200 cases. “I loved those years in the prosecutor’s office. It taught me everything I know. I had mentors I could rely on and learn from. The motto in our office was: watch one, do one, teach one.”

When Anne says, “It taught me everything I know,” she is talking about how to try a case in front of a jury. “You learn the evidence rules. You learn to organize the evidence. You learn to think on your feet and there is no better grounds for training than the prosecutor’s office or the public defender’s office. We had to learn all of the predicate questions for experts. How to lay a foundation for the admissibility of evidence.”

Eventually, Anne got to the point where she asked herself the question, “Do I want to be a career prosecutor?” Anne felt the right amount of time passed to “master the art”, and then moved on to work in the prosecutor’s office for five years.

[offer-box href=”http://signuptosettlement.com/optin-abc” linktext=”LEARN “THE ABCs OF BECOMING A SUCCESSFUL TRIAL LAWYER FROM DAY ONE” #FREE!” securecheckout=”false” footnote=”Also Download ‘Ten Step Blueprint For Consistent Personal Injury Referrals’ *This is a Free training and no credit card is required.”]

Anne had another mentor who assisted her in transition to civil work. Tom Frey took Anne under his wings and helped her try her first civil case – a high profile wrongful prosecution case. Mr. Frey must have felt Anne was quite capable. During her first civil trial, he flew to London to meet with Lloyds and left Anne to try the case by herself.

We also spoke about what it entails to work for a civil defense firm as opposed to being a prosecutor, and discussed the differences. Anne found the transition to be far easier than she expected. “First off, depositions were a breeze. It was who, what, where, when, and how. I did things quickly.” She was able to be very efficient during the discovery process, because she knew what she was looking for. The most difficult aspect was getting used to the civil rules, especially discovery disputes, the potential for monetary sanctions and the length of time it took to accomplish discovery. She found that civil discovery was much more evasive, complicated and protracted than anything she had experienced as a prosecutor. 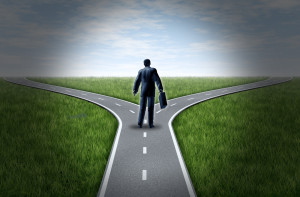 How to choose? How to deal with transition

As a prosecutor, Anne felt she was performing public service, all while wearing the white hat. She feels the same way about her civil work. Now, Anne does a lot of plaintiff’s side sex abuse cases, just like she did as a prosecutor. She helps people who have lost loved ones to violence, just like when she tried murder cases. “You know the evidence rules like the back of your hand. Any prosecutor can argue the intricacies of the rules of evidence, because that is what you have to do on your feet as a prosecutor. Prosecutors know how a case looks at the end, which helps a lot when we start to work on a new plaintiff’s case.” At the very early stage of their work on a case, good plaintiff’s lawyers start to put together their opening statement and visualize how the case will present to a jury. This is a skill that prosecutors possess because of their courtroom experience. Prosecutors learn that they are responsible for the case “soup to nuts” and that only they can put the case together and finish it.

Former prosecutors have no fear when trying cases on the civil side. This ‘no fear’ perspective is where your settlement leverage comes from. People know that Anne will opt to (or: choose to) go to trial and that is very important in negotiation leverage.

So what advice does Anne have for younger lawyers thinking about making the jump from the criminal side to the civil side? “When you are hanging onto the trapeze and you are swinging, and there is another trapeze coming at you, let go of the old one to grab the new one. Do it!” She remembers sitting in her prosecutor’s office, teary-eyed, thinking, “I will never have this much fun again and I will never like my job this much again.” Once she let go and reached for the trapeze coming at her, she realized there were so many fulfilling things she could do with her talented trial skills that her work enjoyment only grew. 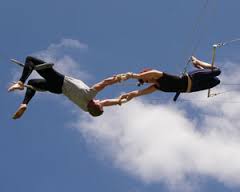 The prosecutor’s office felt like a family home, but when she got to her civil firm it seemed so much more formal. Eventually, that changed for the better, too. The change was a little scary, especially when the senior partner would send her typed notes, asking her to research a legal issue. As a prosecutor, Anne did not spend much time doing research. It took a while and worked out fine, but it was a little scary at first. Her ‘on your feet trial lawyer ethos’ stayed with her, even as Anne became senior in her civil firm. The associates still joked, “Anne doesn’t do briefs.”

Eventually, Anne opened her own firm where she handles significant plaintiff’s cases and still does her share of criminal cases. “I should have done it years ago.” She likes the independence, the satisfaction of being responsible for all aspects of her practice. Anne has the opportunity to take on cases for causes now, as she began to help Amanda Knox, who is also from Seattle. Anne has gained the freedom she did not have in a larger law firm.

If you are a prosecutor or former public defendant interested in transitioning into civil personal injury litigation just as Anne Bremner had done, we want to show you how. Start by checking out our video “ABC’s of Becoming a Trial Lawyer From Day One.”

In his 20 years of law practice, Al has handled more than 40 jury trials. This experience, combined with a commitment to ethics and integrity, has earned Al an excellent reputation throughout the San Francisco Bay Area legal community. He is the recipient of Martindale-Hubbell‘s “AV” peer rating, which signifies preeminent legal ability and ethical standards, and has been named a Northern California Super Lawyer every year since 2006. In 2009, Al was awarded the prestigious 2009 Civil Justice Award by the San Francisco Trial Lawyers Association, given to attorneys who show integrity, grit, tenacity, ethics, and great advocacy skills, and who contribute to the betterment of consumers and/or injured victims and their families.

View all posts by Albert Stoll →