Sign-up to Settlement: A Personal Injury Bootcamp looks at the issue of both formal and informal discovery and how they differ. The court of appeal decision in Pullin v. Superior Court (2000) 81 Cal App 4th 1161 looked at the practical differences between the two types of discovery in the context of an informal site inspection at a Supermarket.

Pullin was a personal injury claim that arose from a slip-and-fall at a Von’s Supermarket in Los Angeles. The plaintiff attorney found himself in the uncomfortable position of having an unprepared expert, who was about to have his deposition taken. Plaintiff’s forensic safety engineer had not inspected the scene of the slip-and-fall, yet his deposition was about to be taken. Plaintiff’s attorney called Von’s counsel and asked for permission for his expert to “conduct tests” on the floor of the Supermarket. The defense lawyer denied the request, reminding the plaintiff’s lawyer that fact discovery was closed and the time had run for a properly noticed site inspection, pursuant to C.C.P. § 2031. Plaintiff responded by sending his expert to the store on their own, while the store was open for business. The expert examined the spot where the fall had occurred, used a “small machine” to test the floor and left. During the 15 minute inspection no one complained, no one asked the expert to leave and no damage was done to the floor. 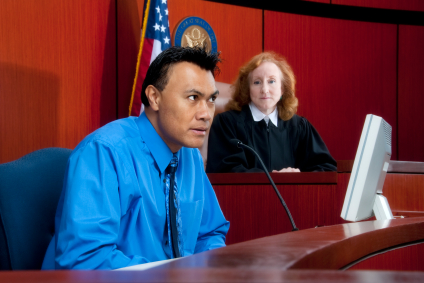 The expert was deposed the day after the informal inspection took place and they revealed the details of their informal site inspection conducted during store opening hours. The case proceeded to trial. At trial, the defendant moved in limine to exclude the expert’s opinion and the trial court agreed, finding the conduct “secretive” and “contrary to the spirit of our discovery laws.” Plaintiff filed a writ and the Court of Appeal overturned the trial judge’s exclusionary ruling.

Justice Miriam A. Vogel wrote the opinion and held that there is nothing in the Civil Discovery Act to prevent a party from conducting unilateral investigation, provided that the investigation is lawful. Low cost investigation should be encouraged and “evidence is not made inadmissible by the simple fact that it is obtained by investigation rather than by way of formal discovery,” Pullin at 1165.

[offer-box href=”http://signuptosettlement.com/optin-abc” linktext=”LEARN “THE ABCs OF BECOMING A SUCCESSFUL TRIAL LAWYER FROM DAY ONE” #FREE!” securecheckout=”false” footnote=”Also Download ‘Ten Step Blueprint For Consistent Personal Injury Referrals’ *This is a Free training and no credit card is required.”]

The question before us is whether property open to the public can be examined without recourse to section C.C.P. § 2031, Pullin at 1166. In answering this question, the justices examined the Los Angeles Municipal Code that governed private property which is open to the public. Because plaintiff’s forensic safety engineer, Ralph Engdahl, did not do anything to damage the property, no one asked him to leave during his inspection and he did not interfere with Von’s ability to conduct their business, “we do not see any unlawful conduct,” Pullin at 1165.

In Sign-up To Settlement’s session on Expert witnesses, we cover how to properly prepare an expert witness for deposition. The example set by the plaintiff attorney in Pullin is not ideal, however it was lawful and, ultimately, resulted in admissible evidence to support an expert’s opinion.

In his 20 years of law practice, Al has handled more than 40 jury trials. This experience, combined with a commitment to ethics and integrity, has earned Al an excellent reputation throughout the San Francisco Bay Area legal community. He is the recipient of Martindale-Hubbell‘s “AV” peer rating, which signifies preeminent legal ability and ethical standards, and has been named a Northern California Super Lawyer every year since 2006. In 2009, Al was awarded the prestigious 2009 Civil Justice Award by the San Francisco Trial Lawyers Association, given to attorneys who show integrity, grit, tenacity, ethics, and great advocacy skills, and who contribute to the betterment of consumers and/or injured victims and their families.

View all posts by Albert Stoll →